The Kiwi Brothers, who believe that "the most important thing in living a healthy life is to have fun," will provide an opportunity to think about health in a fun way while staying at home.

Using a motion capture camera and a proprietary AR system with a camera mounted on a robotic arm, the program was streamed from the Kiwi Brothers’ home for a month.

During the streaming, not only did viewers get a peek into the Kiwi Brothers' lives, but they also had fun communicating with the Kiwi Brothers by recommending "motivational health tips" to them in the comments section.

We worked closely with the design team, AR team, and server team to direct the livestreaming and website so that viewers could enjoy the Kiwi Brothers’ health hunt via streaming and on social networks.

In addition to being in charge of designing the 24-hour live    streaming that took place over a month, we combined various technologies such as livestreaming recording and image composition on the web to make the experience seamless on both smartphones and PCs. 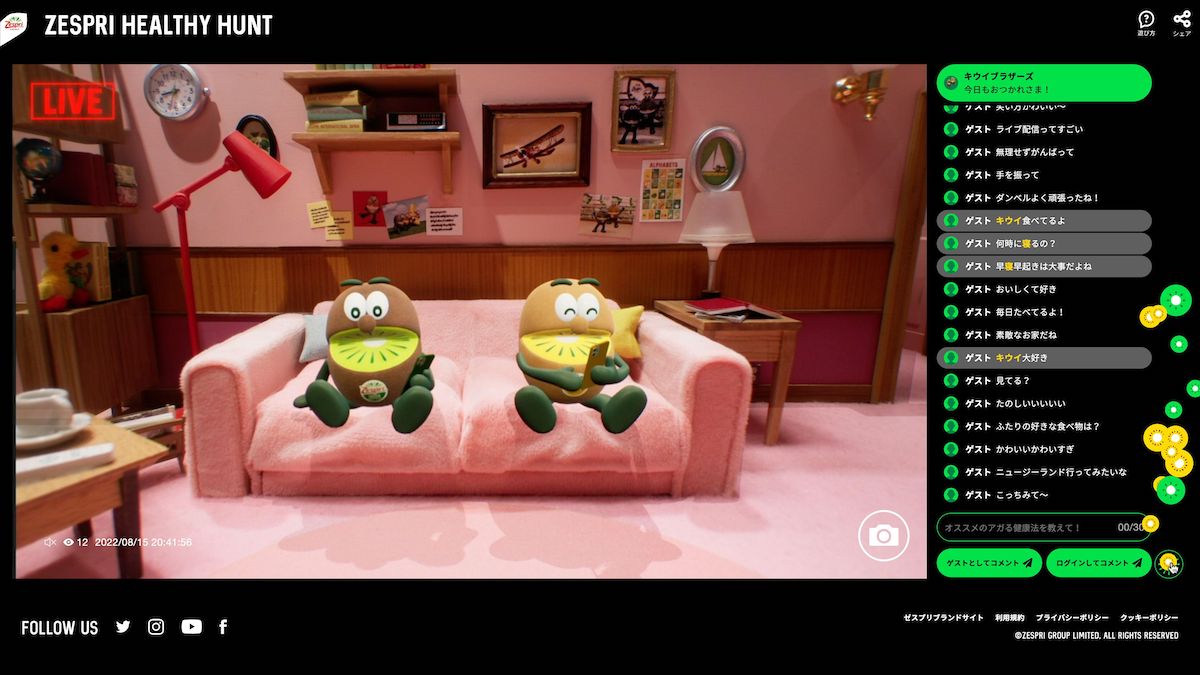 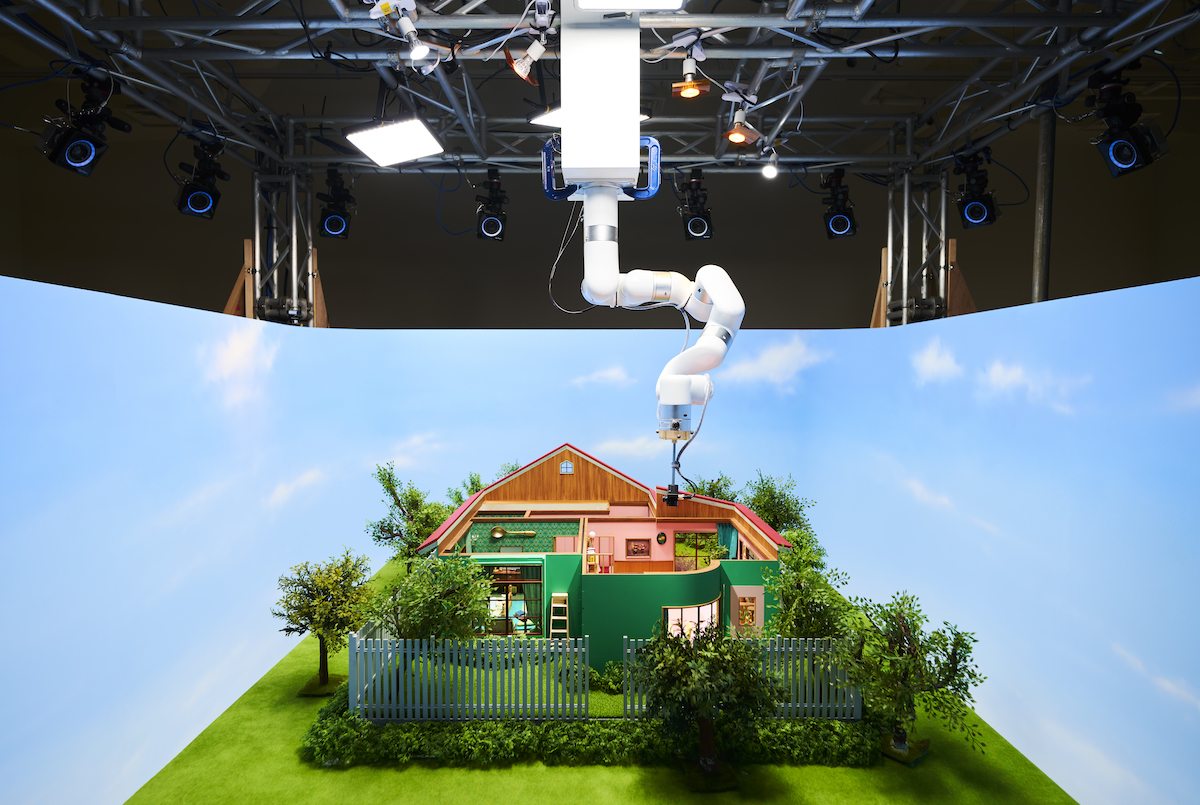 THE CLIENT AND OUR TEAM