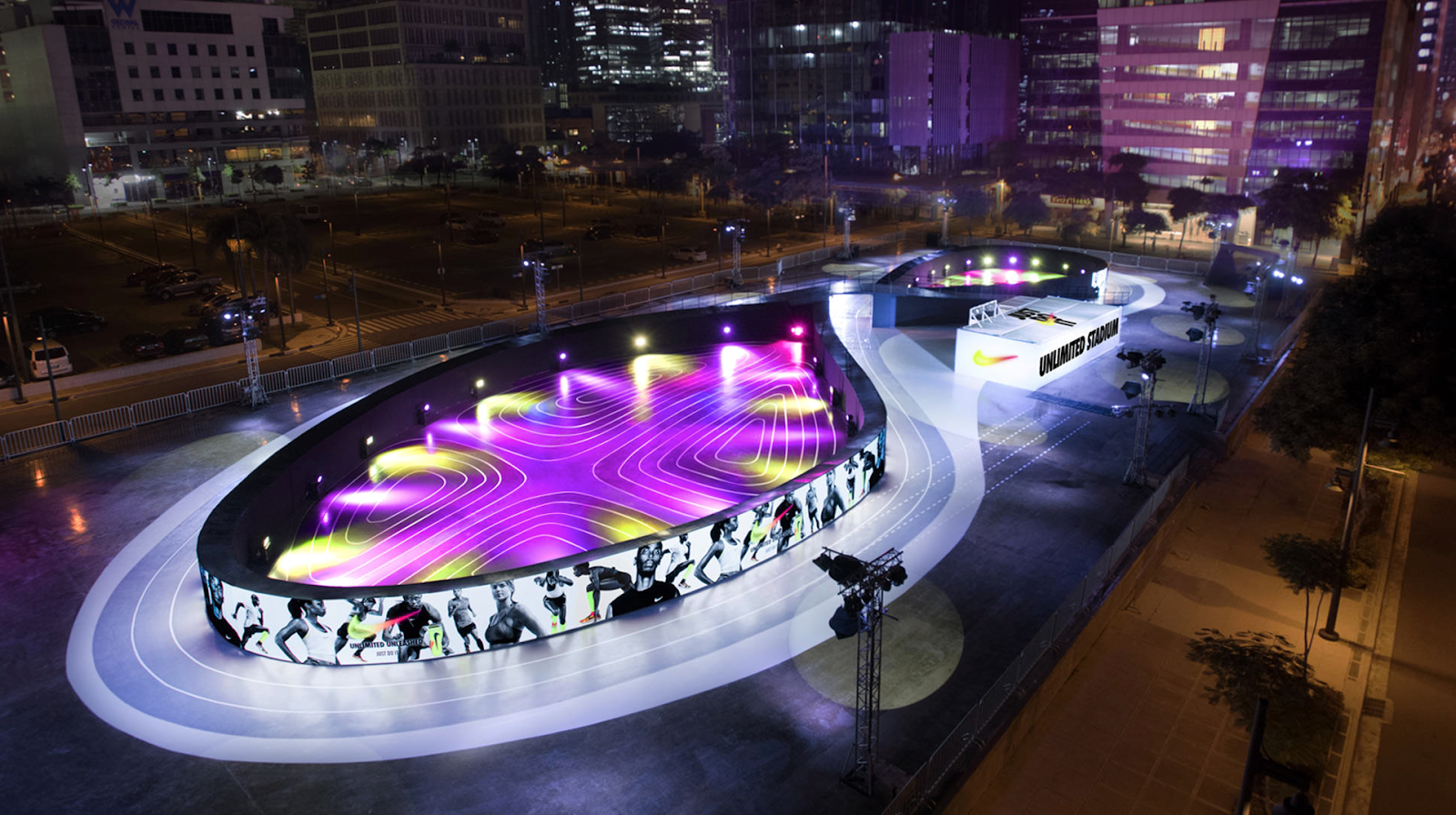 A stadium opened for a limited period in Manila's Bonifacio Global City as part of Nike ’s “Unlimited” campaign in 2016.
“Nike Unlimited Stadium” was a 100-feet wide running track that was modeled on the “Nike Lunar Epic Low Flyknit” shoes, the latest footwear from Nike Running. LED screens were installed along a track with a total length of 200-meters.
A runner’s first lap time was tracked by a device contained in their shoe. On the second lap, their avatar appeared on screen and ran their previous lap time in parallel. The size of the avatar changed according to running speed and distance to inspire the runner. Up to 30 runners could register their avatars at the same time.
By connecting Nike's brand experience with products and services, this stadium gave an inspiration to both local and international runners to challenge their own limits.

In the planning phase, we formulated the best technical plan from feasibility to technical direction in a short development period of two months.
In the development phase, we led the project to success with careful and sensitive technical direction, from design and construction of the running animation program and embedding hardware for tracking lap time, to linking the whole system with output devices. 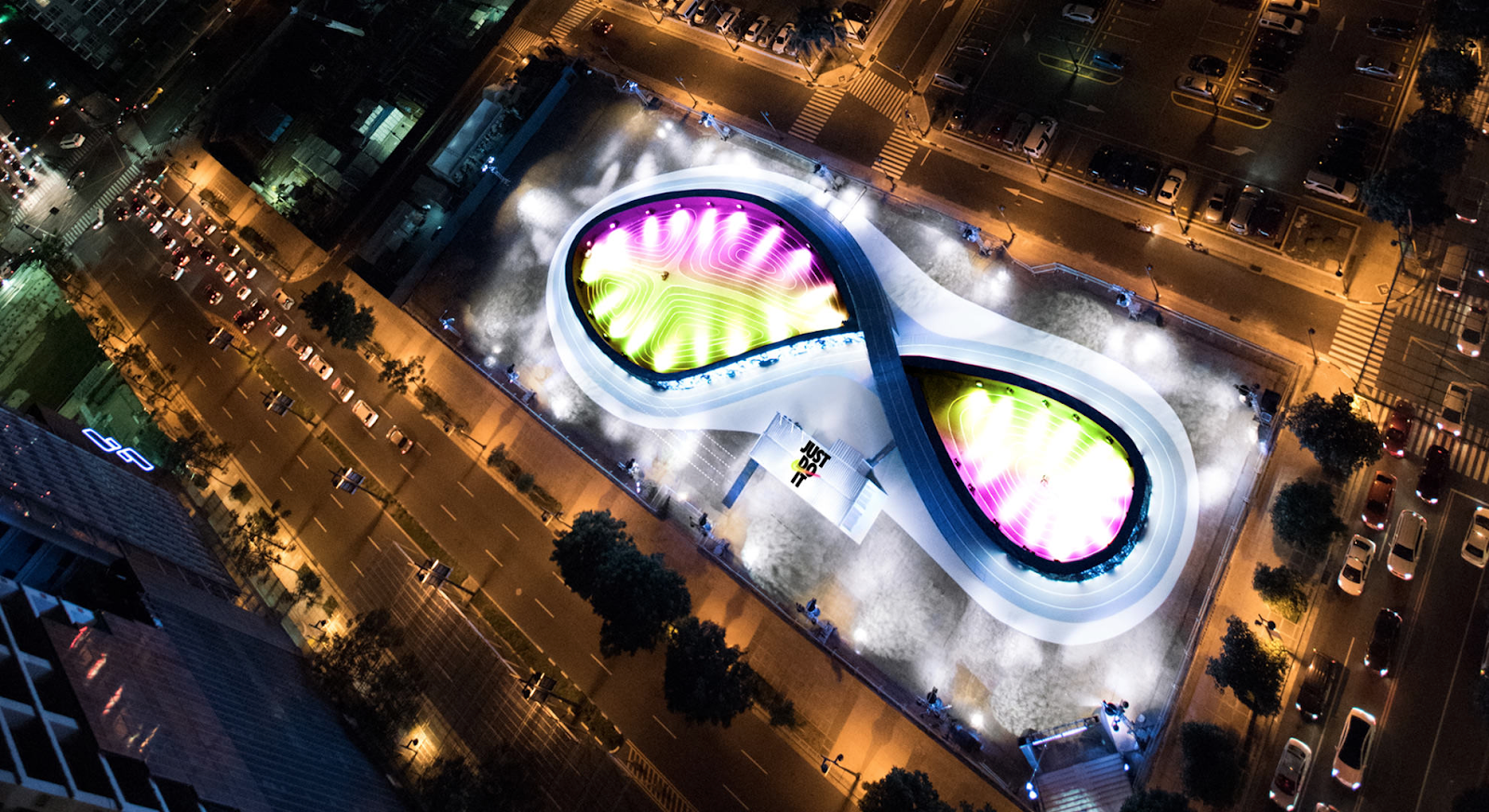 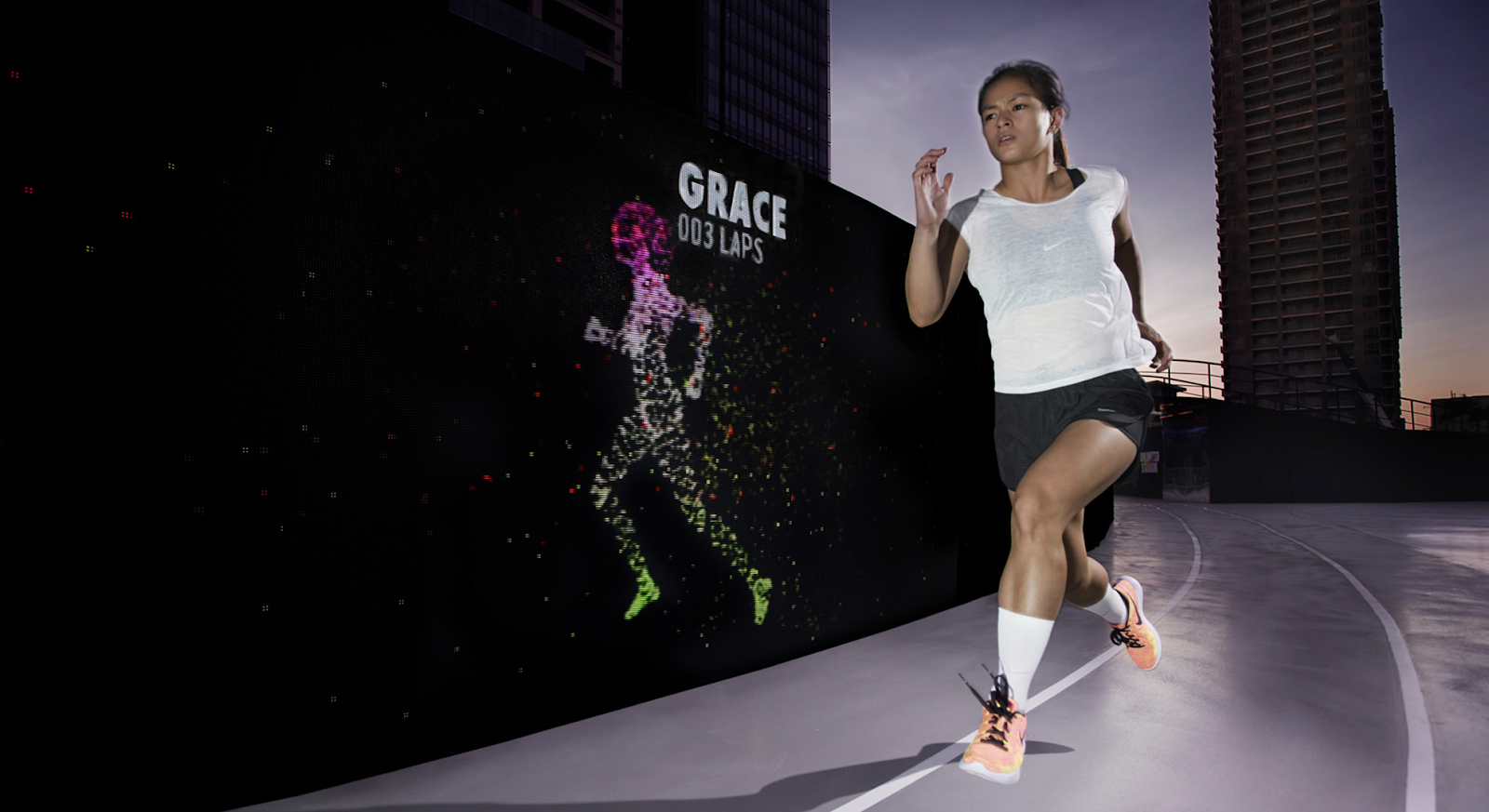 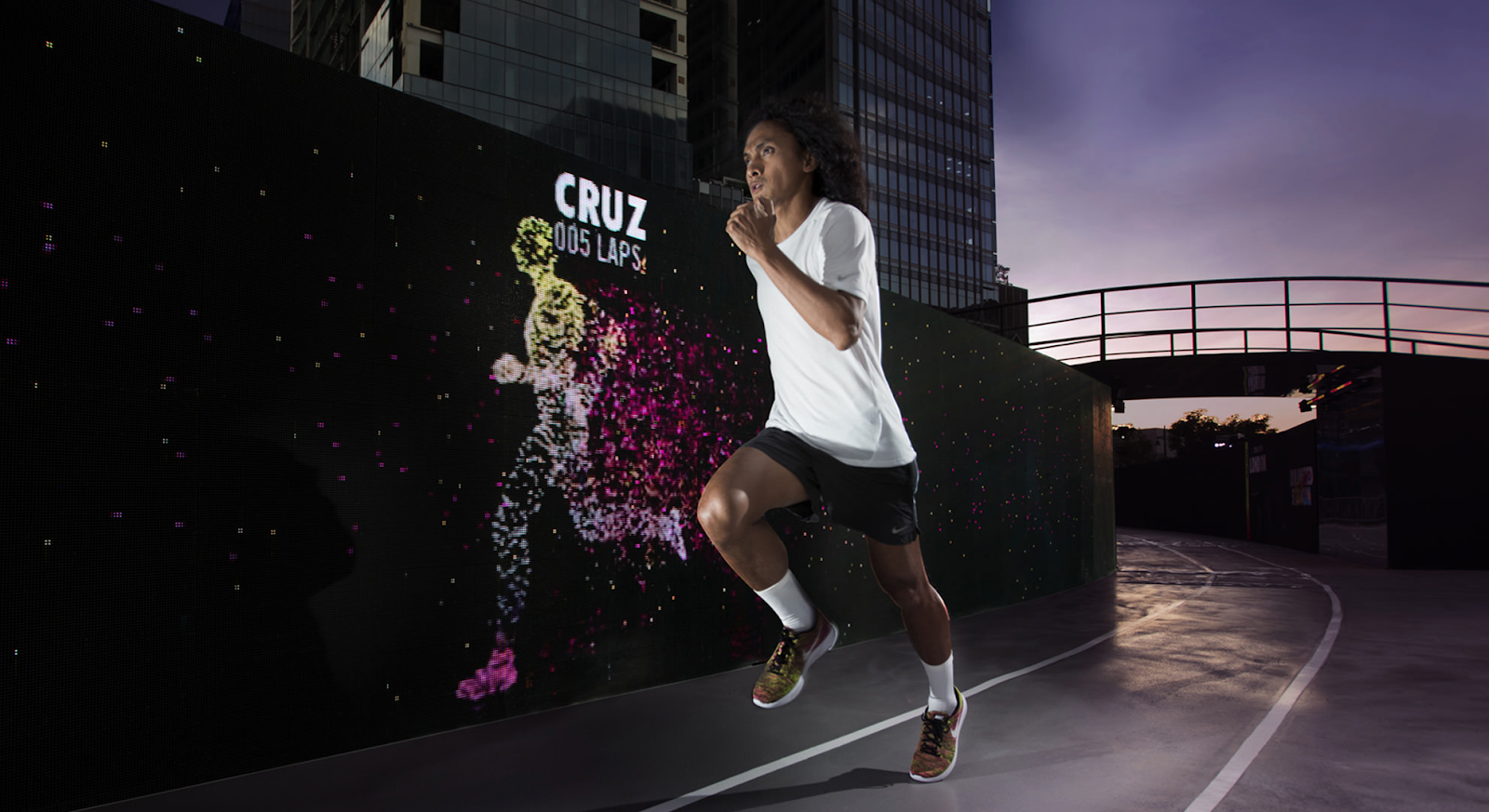